Music and the Spiritual since the French Revolution

Following the French Revolution, as institutionalized religion generally declined in Europe and beyond, many artists turned away from rigid Christian dogma to explore horizons of spirituality aimed at enhancing the mystical component of religious experience. The last two centuries have seen many different redefinitions of aesthetic concepts binding non-dogmatic spirituality and sound. In the 19th century, the syncretic unity of text, music, and ritual in sacred art gradually weakened, leading to new relationships between aesthetic and religious elements. We find multiple examples of sacred elements in secularized forms and practices, such as allusions to religious or quasi-spiritual elements in secular music. The 20th century witnessed a significant decrease of sacred music dedicated to the rituals of an official religion, a trend that arguably continues today. However, like their nineteenth-century counterparts, many composers continued to forge close interactions with the sphere of spirituality, often concealing these references in the innermost layers of their openly secular and worldly poetic universes.

The musical outcomes of such complex, subtle engagements between the sacred and secular spheres, have yet to be fully explored. They invite questions about composers’ relationships with tradition and modernity, the idea of progress as a gradual approach towards perfection, the aesthetic tendency towards abstraction, the shaping of musical listening under specific aesthetic tenets, the search for new dimensions of musical temporality, the mixing of religiosity and processes involving national identity, etc. Following these premises, the conference aims to explore the multiple paths – whether involving performance and listening practices or creative works – inspired by ideas of spirituality in 19th-, 20th and 21st-century music cultures.

James Garratt (University of Manchester)
Christ in the Kulturkampf: Competing Truth Regimes in German Religious Art and Music of the 1870s

Brian Inglis (Middlesex University, London)
‘Dumped Modernism’? The Interplay of Musical Construction and Spiritual Affect in John Tavener and his To a Child Dancing in the Wind 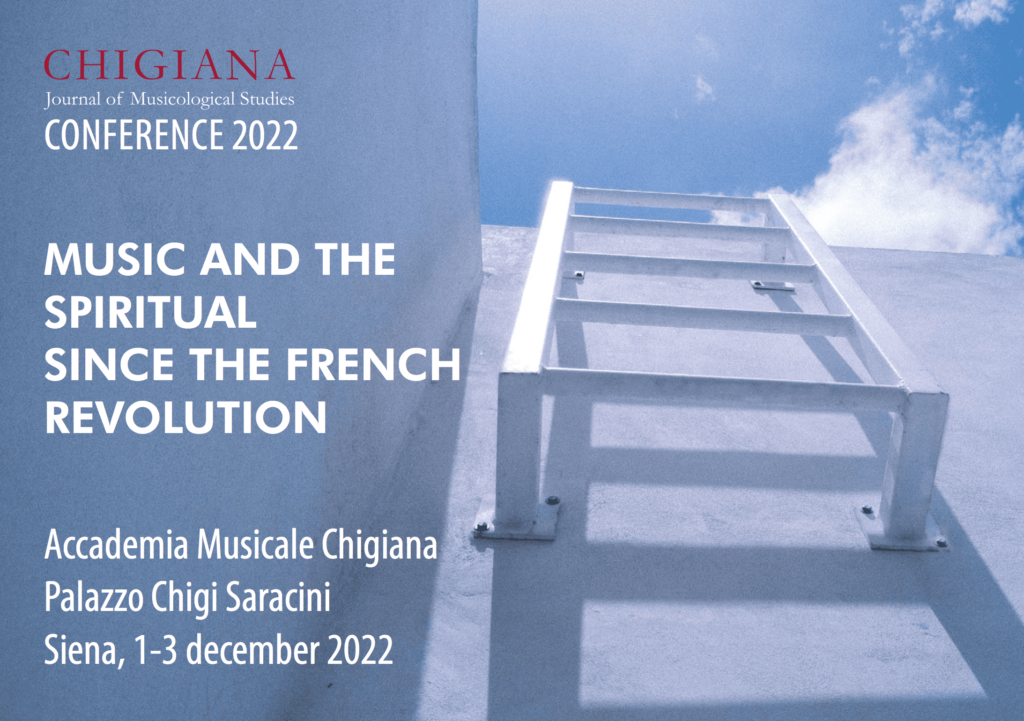